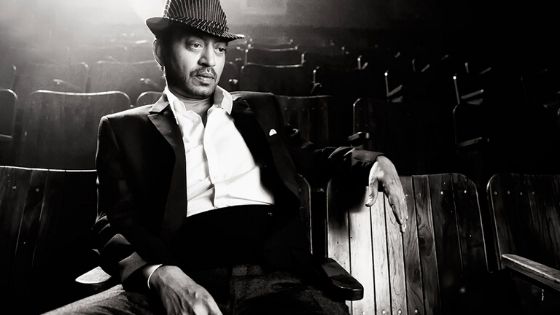 Superstar actor Irrfan Khan, who convinced people with his acting, has said goodbye to this world. The condition of 54-year-old Irrfan was not good for a long time. Irrfan was undergoing treatment at Kokilaben Hospital in Mumbai for a few days. Apart from his acting and nature, Irrfan played his magic from Bollywood to Hollywood. The actor, who started his career in 1998 with the film Salaam Bombay, did not think that he would make even his acting career to Hollywood.

Shoojit wrote in a tweet from his Twitter account, ‘My dear friend Irfan. You fought and fought and fought. I will always be proud of you .. We will meet again .. Condolences to Sutapa and Babil .. You also fought, Sutapa, you have given all possible help in this fight. Shanti and Om Shanti. Salute to Irrfan Khan.

Today while reading his death news, I become sad. I thought to myself why I’m feeling sad I don’t even know about him.

People may not know an actor or a singer personally, but when they die, people mourn on their death, and it’s because they felt a connection with them through their acting, characters, and music.

I want to share some quotes from Irrfan Khan. These quotes will give you insight about him.

Wanting fame is a disease and one day I will want to be free from this disease, from this desire. Where fame doesn’t matter. Where just experiencing life and being okay with it is enough.

Language does not make one an elite.

I’ve realized that my… let me call it ‘destiny’ or some force that has pushed me to identify looking for your comfort zone as a kind of limitation. And everybody has a tendency to fall into the comfort zone. I did that in the early stage of my career.

I can’t think of a more pathetic situation for an actor than to do a film and not connect to it. And I pray to God that I never face that situation.

Sometimes when you’re playing a very intense character, a disturbed character, you find other layers. That’s much more interesting to me, rather than just playing ‘intense.’ I find it too boring.

A film engages you emotionally and intellectually.

When you come out of the theater and you don’t even talk about that film or remember it, then it disappoints me.

I’ve played many characters that have consumed me and owned me.

The sign of a good society is where talent is respected.

Our Bollywood stars who talk of being part of 100 crore films, I think I belong to the 1,000 crore club.

What happens with every role, you have to trick yourself, you have to creatively find ways to explore the mental state of your character.

For me, acting is becoming naked in front of people, you know? And when you know in the back of your mind somebody is testing you, you cannot really bare yourself. That’s a feeling I always have when I’m auditioning.

I was going through a crisis once, so I went to therapy because I was so unbearable for myself.

I am not ready to fit into the mould of commercial cinema.

Maybe to become famous is to reassure yourself that whatever you’re lacking inside, you’ve fulfilled that.

It’s always an inner wish of every actor to reach out to maximum audiences.

I am lucky that the Western world chooses me to play roles in their movies an television, whatever language it may be.

I can recite poetry, but I cannot write it.

Soul Therapy: A 365 day journal for self exploration, healing and reflection
$21.62
Buy on Amazon